Symptoms of Leukemia in Children

Leukemia, lymphoma and myeloma are all different types of blood cancers that arise in the bone marrow and affect the blood cells, lymph nodes, the lymphatic system and many other organs as they spread.

Leukemia has no respect for age and affects innocent children too, making up about 30% of all childhood cancers. The only plus point here is that there are better chances for cure with leukemia with most children becoming completely free of the disease without any relapses.

Leukemia can present in the chronic form where the progress is quite slow, or in the acute form where it develops rapidly; the latter is also more common in children. Acute leukemia is further sub-divided into acute lymphoblastic leukemia (ALL) and acute myeloid leukemia (AML), depending on which type of white blood cell is proliferating in the cancer – these could be either the lymphocytes or the myelocytes. The ALL is more common between the ages of 2-8 years while the AML is less frequently seen and more common before the age of 2 or in the later teenage years. However, both types aren’t restricted to children only and do occur in adults too.
The symptoms of leukemia can be easily confused with other childhood diseases; blood tests can however rectify this dilemma. Some of the common symptoms include:

As the white blood cells are abnormal in nature they are unable to fight infections, hence the child is more prone to infections of longer durations that persist even after the use of antibiotics and other treatments.

Frequent bleeding and bruising
Due to lower blood platelet counts, such children are more prone to nose bleeds as well as easy bruising and the presence of petechiae under the skin.

Abnormal cells can clump around the thymus at the base of the neck, leading to breathing difficulties, coughing or wheezing. Swollen lymph nodes in the chest can also produce the same symptoms. The child also appears weak and easily fatigued.

Abnormal lymphocytes can collect in lymph nodes and cause swellings which can be found in almost any part of the body including armpits, neck, chest, abdomen or groin.

Swollen stomach
Accumulation of abnormal cells in the spleen, liver and kidneys can lead to their enlargement and create pain for the child. It would also lead to poor appetite and loss of weight.
Other less common symptoms also exist aside from those mentioned above. 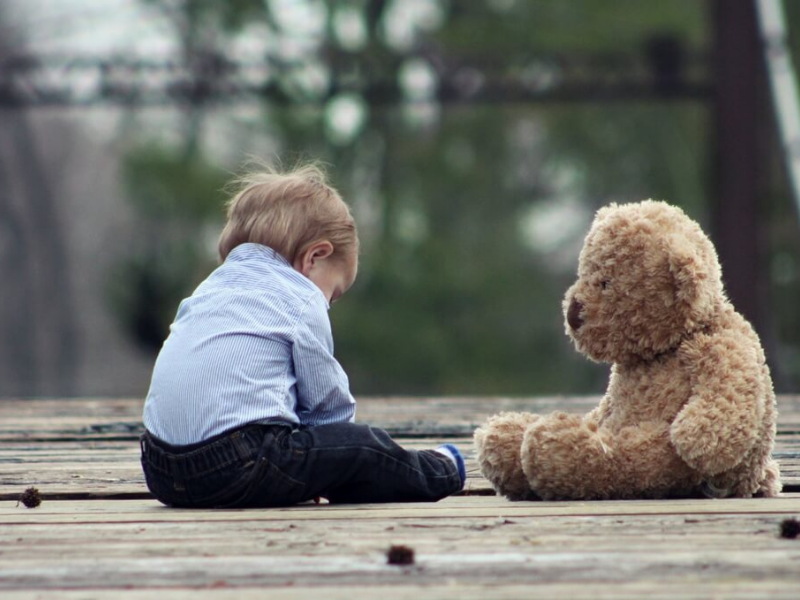 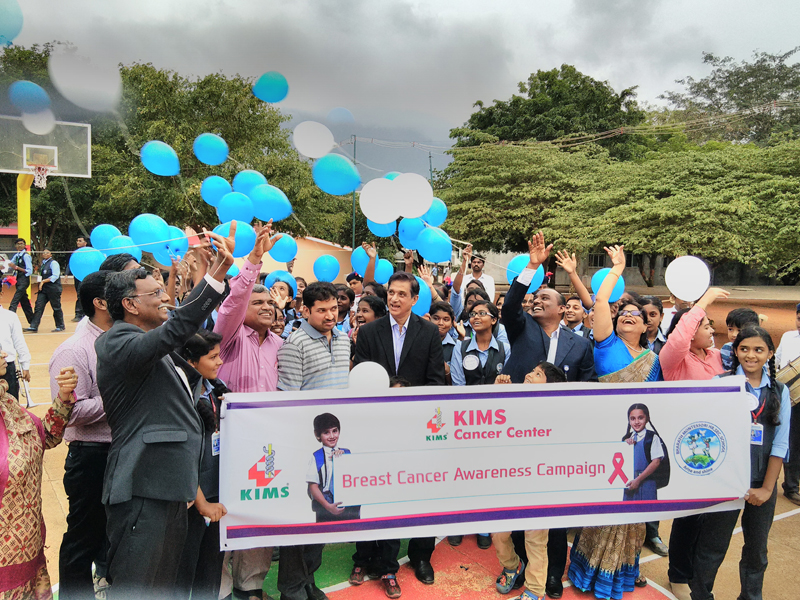 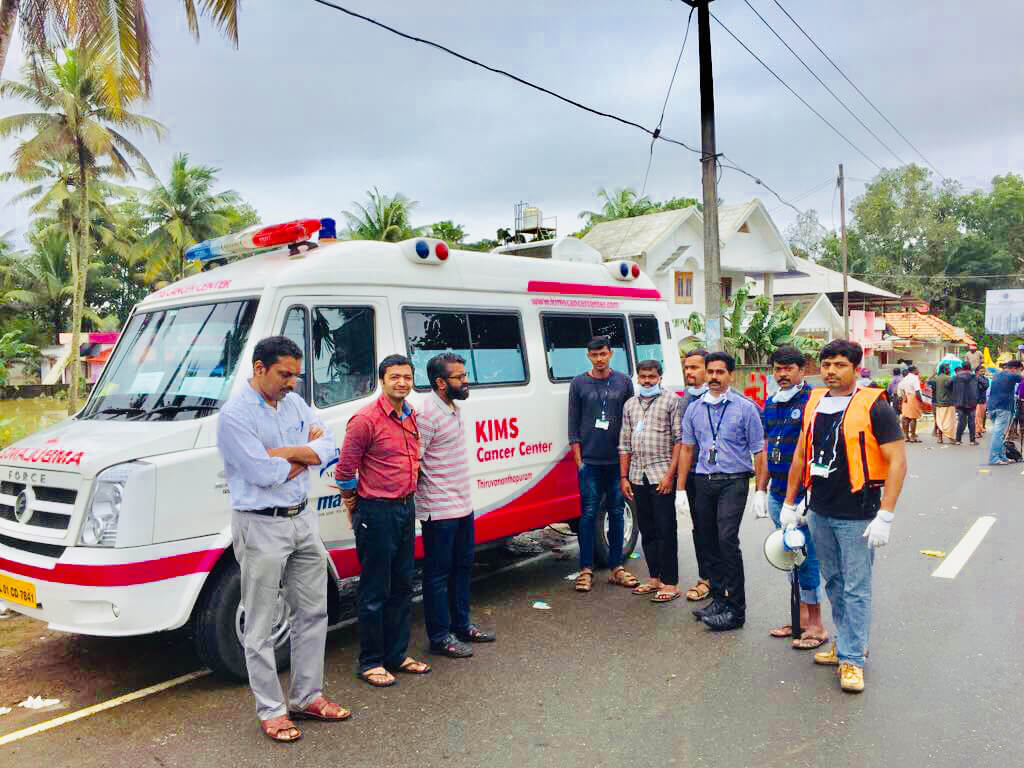 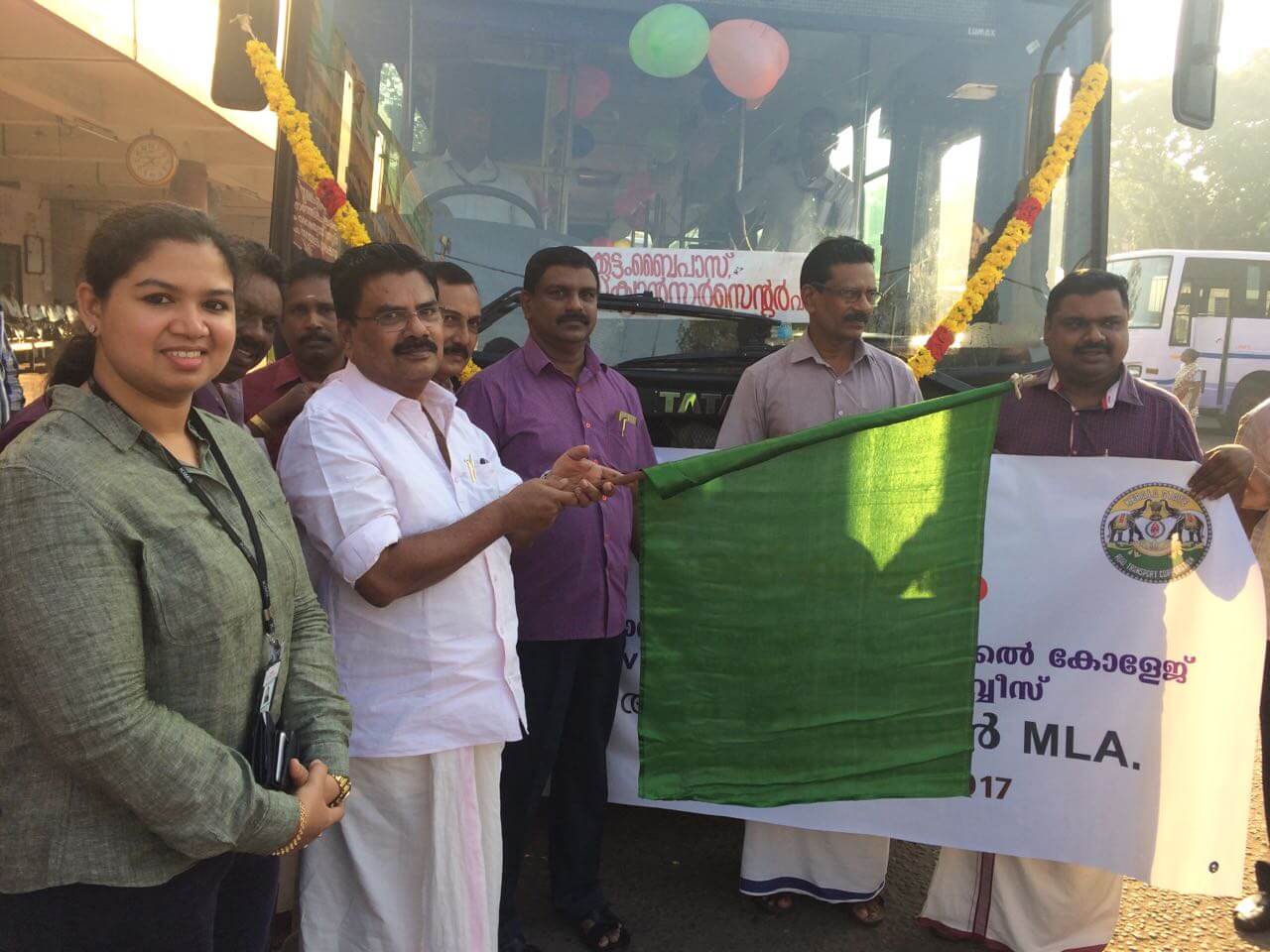 KSRTC a blessing for cancer patients 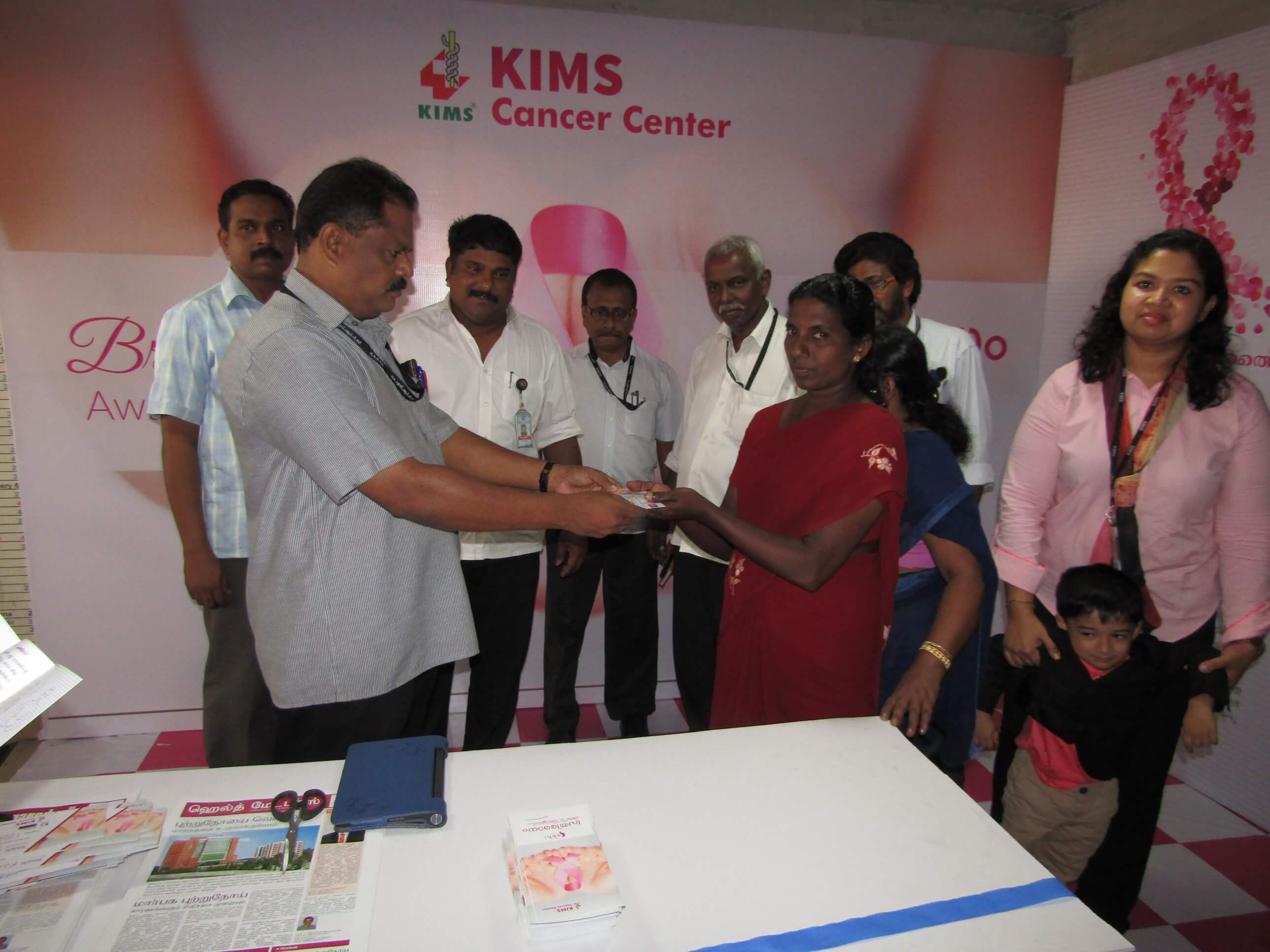 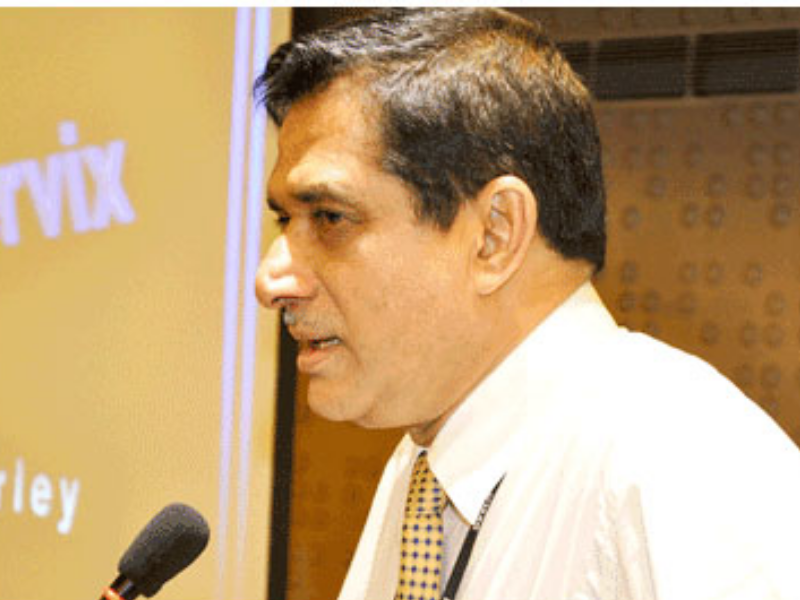 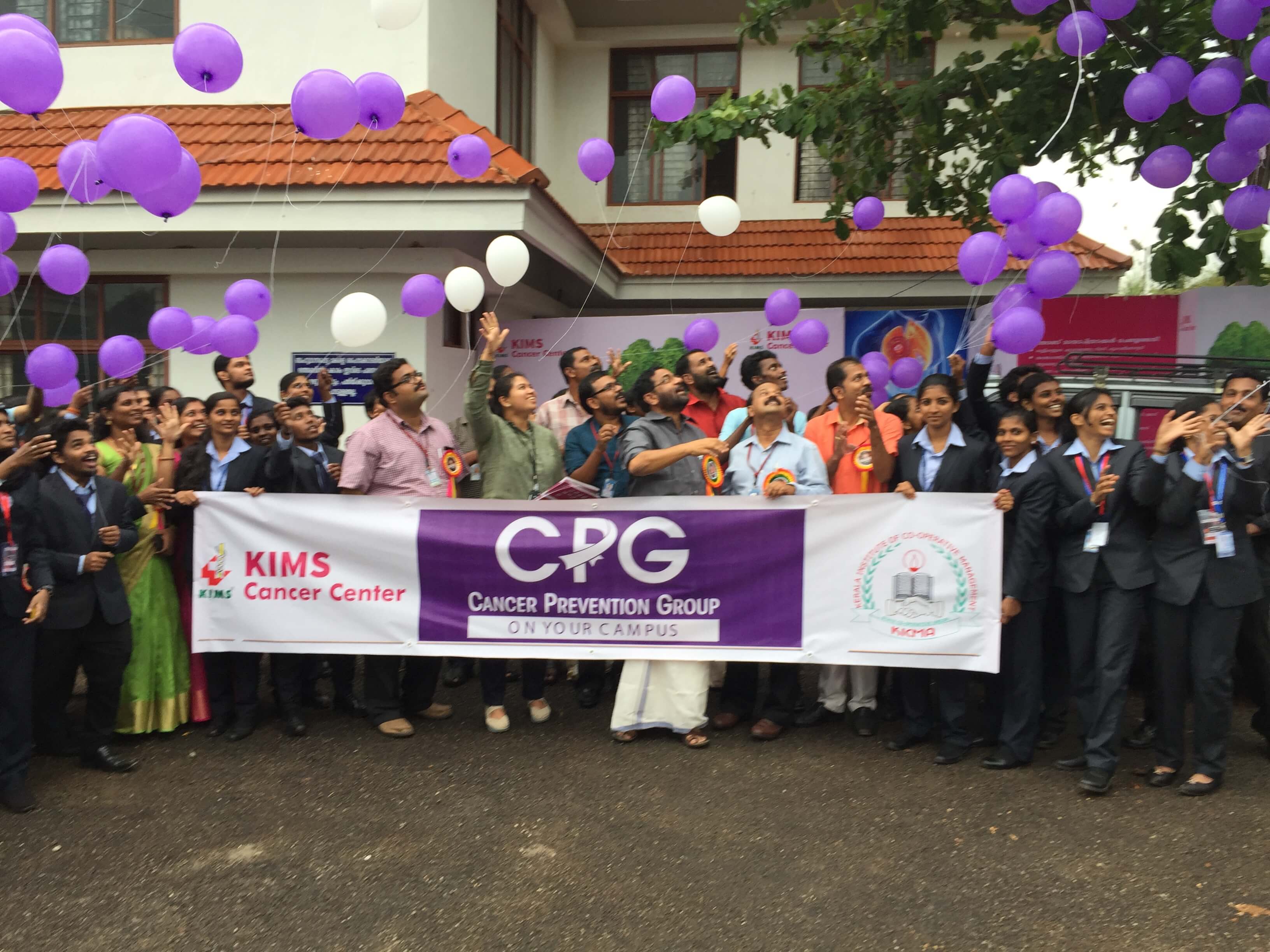 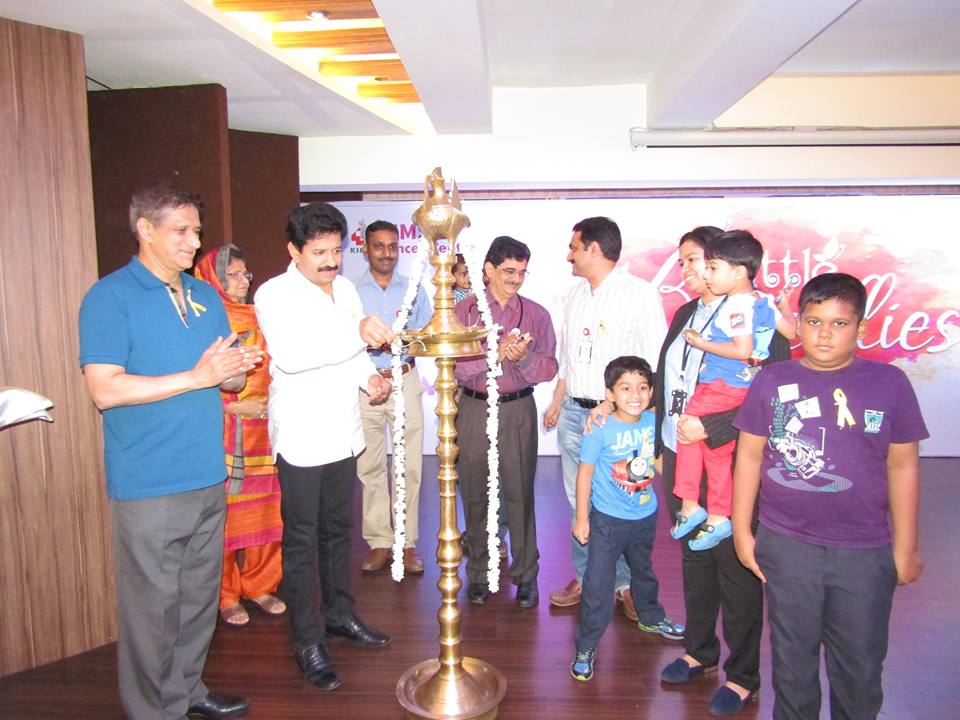 Little Butterflies(Pediatrics Oncology Children’s Get together 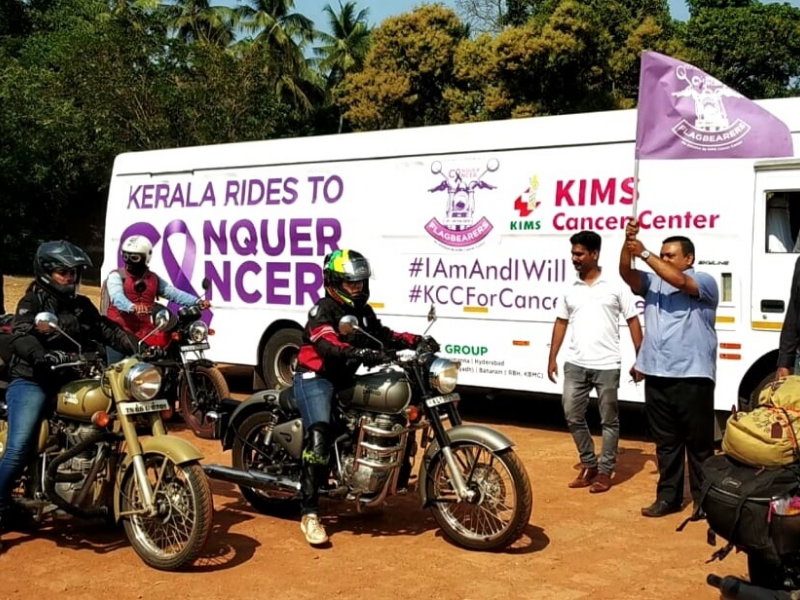 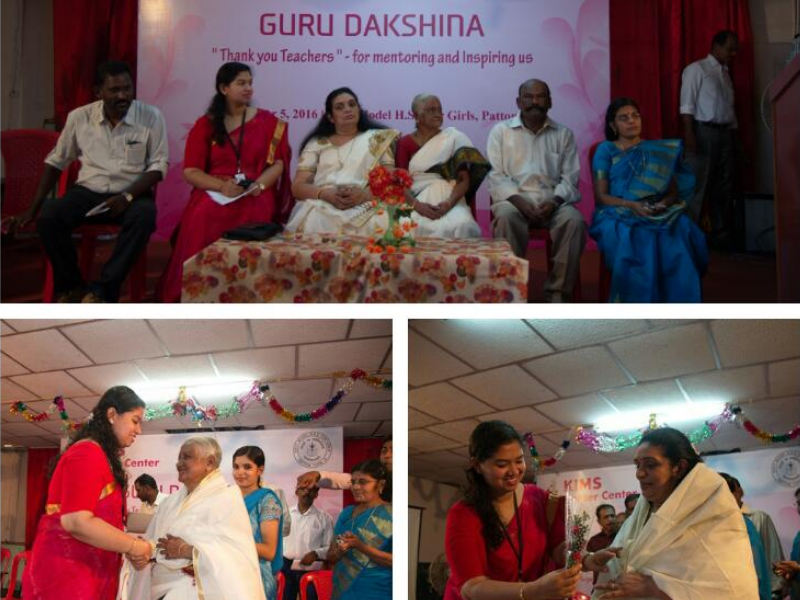 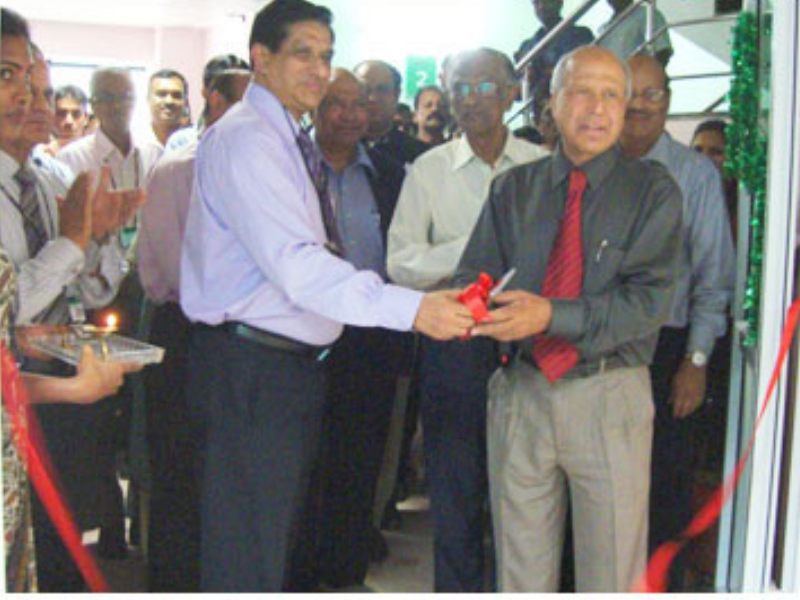 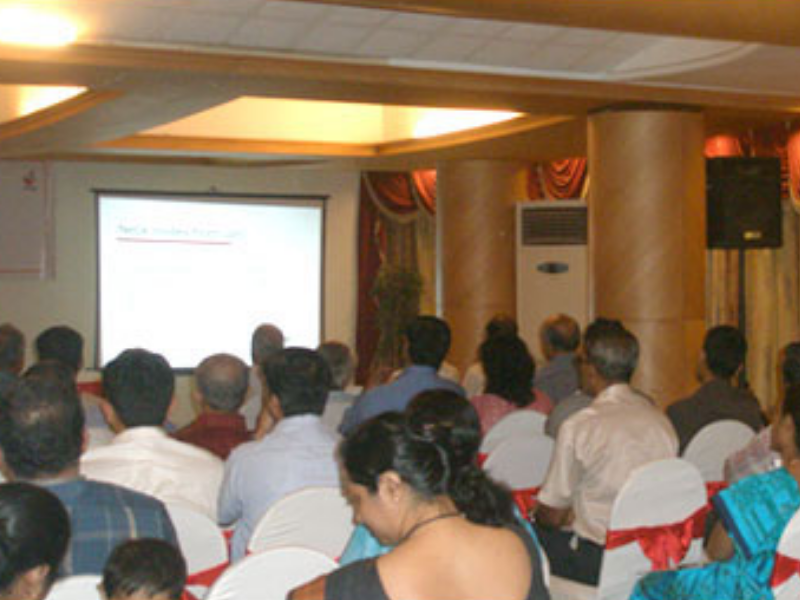 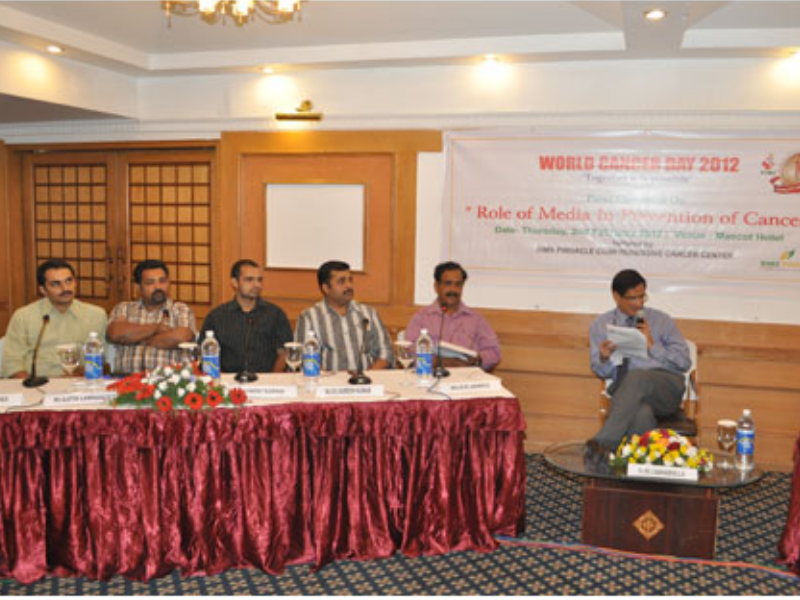 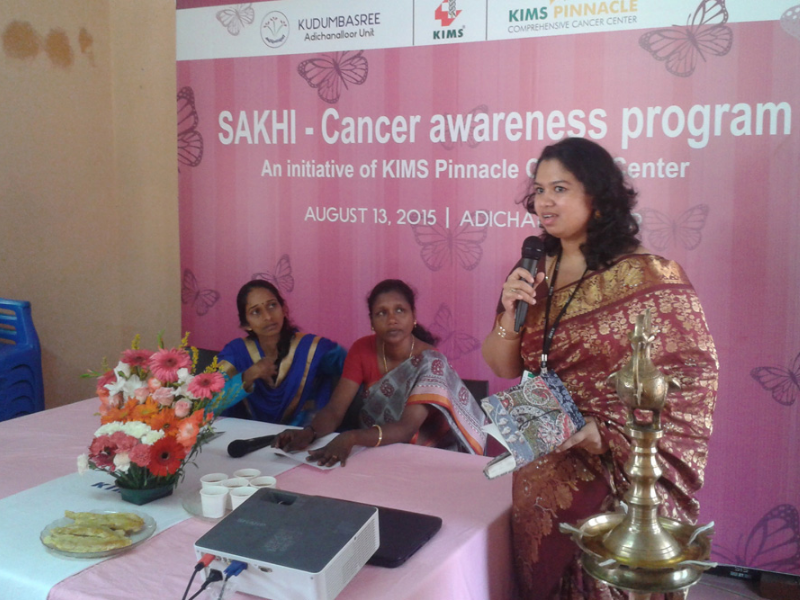 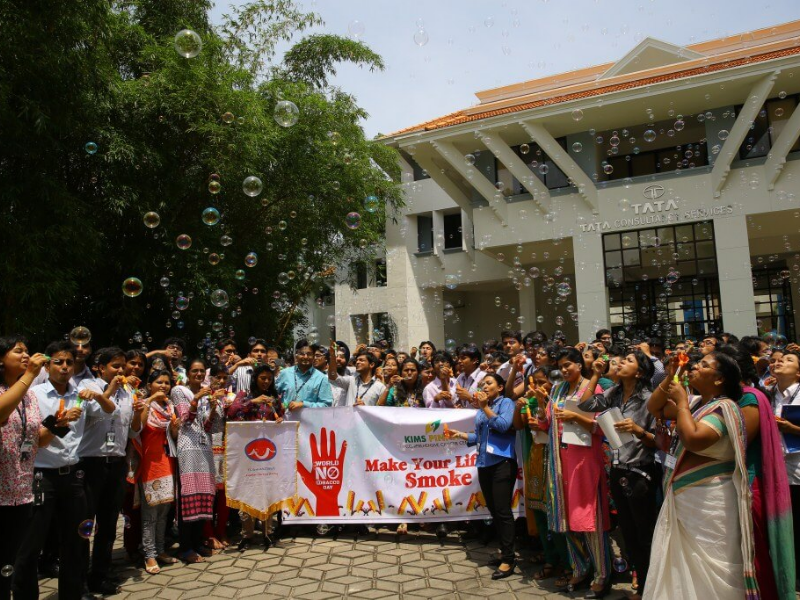 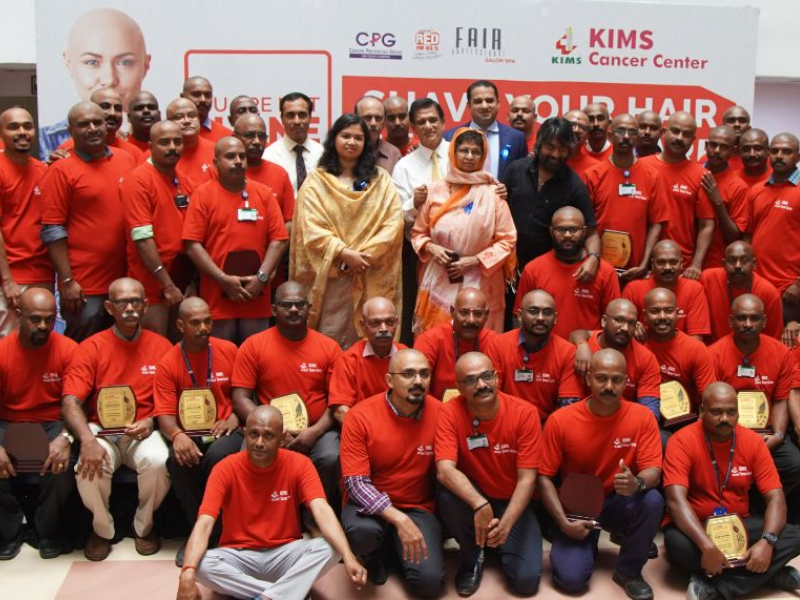 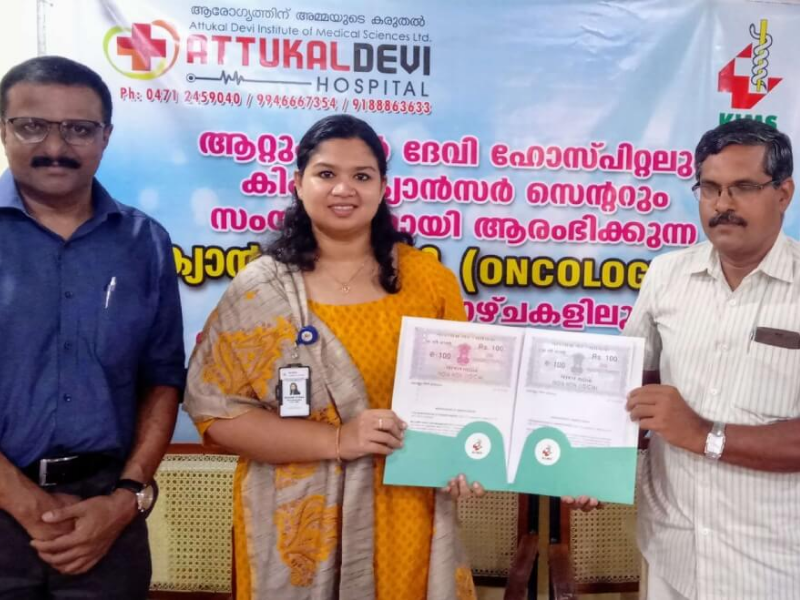 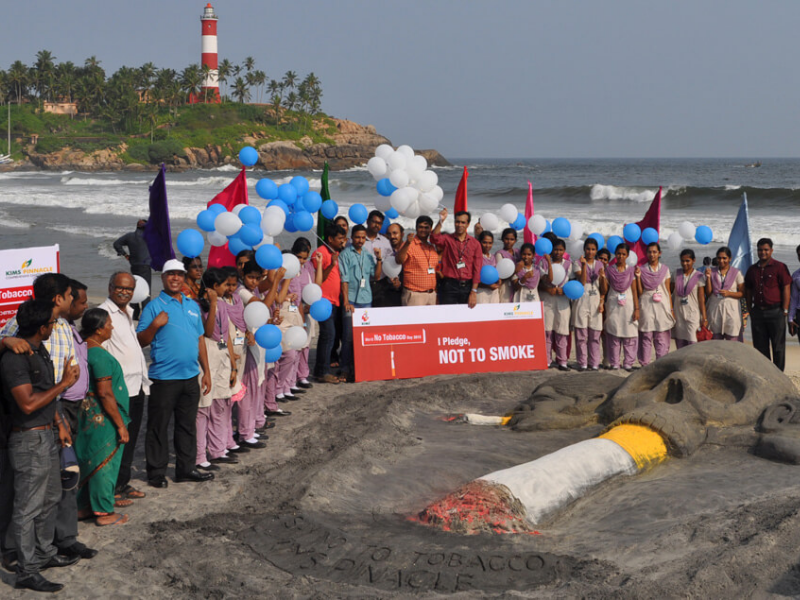 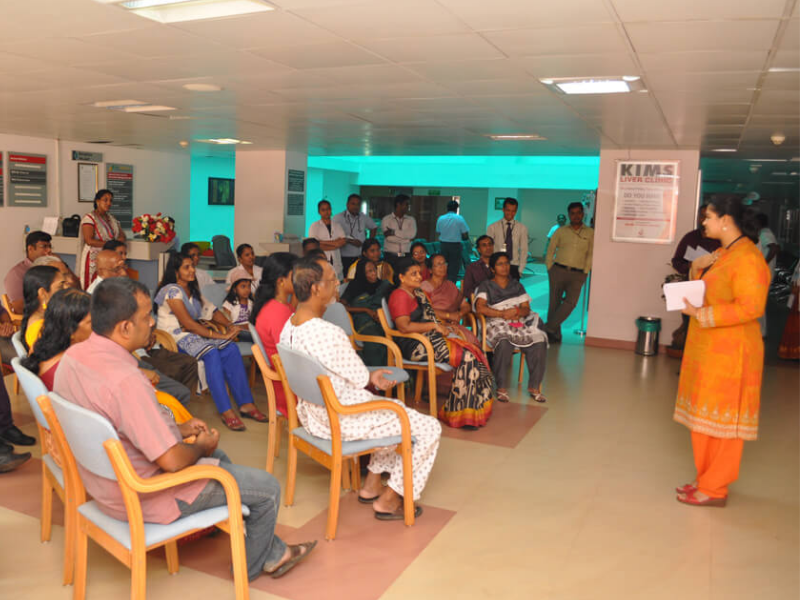 First Session of Self Support Group at KIMS Cancer
No Text